Joan Davison is CEO and President of Hire Counsel, a role she was appointed in 2017.  She brings 28 years of valuable experience, with specific expertise in operations management as well as business development, marketing, recruiting and staffing.

Throughout her career, Joan has been recognized for her leadership and transformational management. She has been named in the Top 100 Most Influential Executives in Staffing by Staffing Industry Analysts and has received the Gold Stevie Award in the Executive of the Year – Business Services category.  Joan is a featured industry speaker and regular contributor to industry publications. She is a member of Vistage CEO group.  She also served as a Board Member of SeatonCorp and FLT. Joan earned her B.A. in Business Administration and Management from Saint Xavier University in Chicago, IL.

Joan lives in the suburbs of Chicago with her family.  She is an avid Chicago sports fan, a traveler and an aspiring gardener. 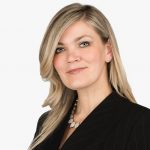 Andreana Nelson is Vice President of Sales for Hire Counsel, where she oversees the strategic initiatives and sales activity of Hire Counsel’s national sales team. She works closely with each member of the team and take a hands-on approach, focusing on sales strategy, process optimization, performance management, and team collaboration.

Andreana brings 21 years of experience and a strong background in sales development and management. Prior to joining Hire Counsel, Andreana was a National Sales Manager at LexisNexis, where she managed and grew a multi-million dollar territory. With a long tenure at LexisNexis, she is well versed in eDiscovery services and software, enterprise legal software and services, large and small law litigation in legal/government/corporate markets.

Andreana earned her BA from Marist College and is fluent in Spanish. She enjoys taking spontaneous road trips with her husband, trying new recipes, and lives in the Hudson Valley in New York. 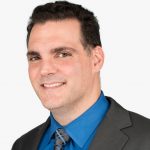 Previously, Stephanos served as General Counsel for a private equity holding company serving North America and India and Brazil. He also worked for Borrelli & Associates, PL.L.C. and Frank & Associates, both specialists in labor and employment law.

Stephanos holds a J.D from New York Law School and a B.S. in Psychology from New York University. He also served in the U.S. Navy and was awarded the Navy Achievement Medal.

Lynn Mestel, Non-Executive Chairman of the Board 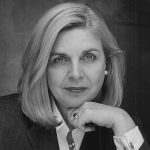 Lynn Mestel, Esq. is Non-Executive Chairman of the Board at Hire Counsel and its sister firm, Mestel & Company.  She founded Hire Counsel in 1993 and served as its CEO, President, and Chairman of the Board through February 2017.  Her focus is on long-term strategic initiatives, client relations, and business development.   She also works with Board members to set overall objectives, and offer advice and counsel.

After an early career in advertising and marketing, Lynn opened Mestel & Company in 1987 to recruit and place law firm associates and partners and to facilitate law firm mergers. Since then, Mestel & Company has placed hundreds of lawyers throughout the U.S. and helped engineer law firm mergers and acquisitions of every size. In 1993, anticipating a changing dynamic in the legal industry, Lynn expanded her organization by opening Hire Counsel to service the law profession’s growing demand for outsourcing of traditional services performed by law firms, in house legal departments and government agencies.

Lynn’s work and success in the legal industry caught the attention of the National Law Journal, who named her in their inaugural list of “50 Business of Law Trailblazers & Pioneers.” She was also honored by The Women’s Venture Fund in 2013 as one of the leading women entrepreneurs in the U.S. and named in Law Dragon’s “100 Leading Legal Consultants and Strategists” twice, most recently in 2016.  She is a recipient of the Brava Award from Smart CEO honoring top female CEO’s for entrepreneurial leadership and social commitment. The American Lawyer, Crain’s, Forbes, The New York Times and The Wall Street Journal recognize her as one of the preeminent professionals in her field.

Lynn attributes a large measure of her success to her early experience working in advertising with major global clients, Procter & Gamble and CIGNA among them, where she developed an understanding and appreciation for sophisticated business strategy, operations management and exceptional client service.

Lynn holds a J.D. from Benjamin N. Cardozo School of Law and a B.A. from Virginia Polytechnic Institute and State University, where she was elected Phi Beta Kappa. She is a member of The Economic Club of New York, the Women’s Forum of New York and is a board member of the Women’s Venture Fund.  Lynn studied music at The Juilliard School and now she and her husband live in New York City near her children and grandchildren.

About
Go to Top